Agarwood - A fragrance created from heaven! 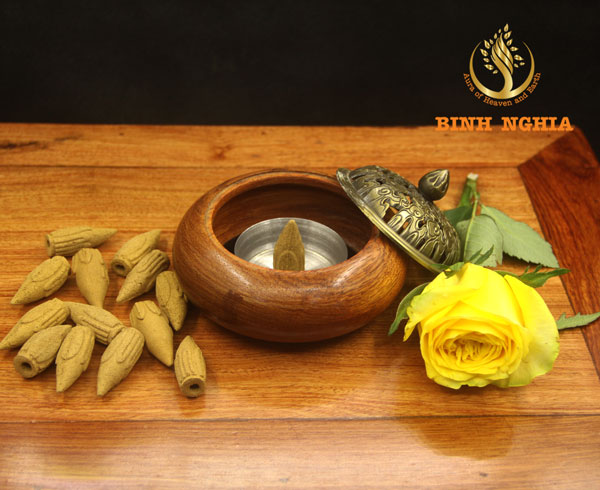 Agarwood perfume is very famous in Saudi Arabia. People burn agarwood chips to make incense or apply oil to make perfume. It has a divinely sweet, woody fragrance that lingers for hours.

In Saudi Arabia, agarwood is often burned indoors, especially when guests come to visit. Small pieces are placed over hot coals in a special furnace, and the smoke from the burning wood rises to the clothes and body. The scent is so intense that it lingers for hours, even days as it soaks into your hair and clothes.

Agarwood essential oil has a thick and slightly viscous aroma. It is sold as a small bottle and applied to the body in very small drops using a matchhead-sized plastic stick attached to the inside of the bottle cap. It is sold in perfume shops as a 'tola' that weighs about 12 grams.

However, some Agarwood (Oud) perfumes are sold as a spray, but genuine Agarwood (Oud) is difficult to apply this way as it can stain clothes, especially since men wear a lot. white clothes in Saudi Arabia. So people always prefer to buy topical oils.

The taste of essential oils

You either love the smell of Agarwood or you hate it. Men love it more because of its strong, sweet scent from almost acrid wood.

Women prefer sweeter scents like rose and musk. In the same way, ladies like to burn small pieces of agarwood around the house to relieve emotions and to receive guests.

Someone I once knew compared the smell of frankincense to the smell of cow dung. I thought it was a weird comment at first. Then I understood that the smell of some of the cheaper oils is sometimes acrid and a bit harsh.

For that reason, you're better off going to stores and trying them on before you buy. 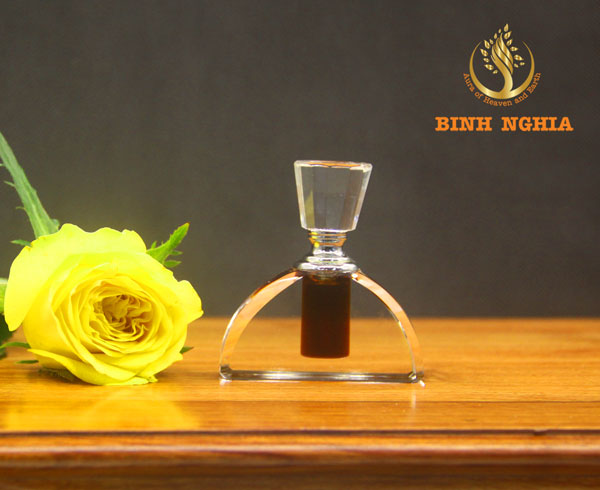 What does Oud mean in Arabic?

In Arabic, the word 'Oud' literally means a small strip of wood. For example, in Morocco, the cheap wooden toothpicks used to scrape between teeth are actually called 'Oud'.

It is also the name given to the lute, a pear-shaped instrument from the Middle East. The reason is that the name 'Oud' refers to the thin strips of wood used to make the body of the Oud instrument.

It is suggested that the name may also come from the sledgehammer (risha) used to play musical instruments.

Agarwood is so named because the fragrant wood is harvested in the form of small chips from the branches and trunks of the Agarwood tree grown mainly in Asia. These flakes are then dried and sold to wholesalers, who then supply to international perfumers and retail customers in the Arabian Gulf and Saudi Arabia.

Agarwood is produced from rotting wood. It's hard to believe, but the wonderful aroma of Frankincense Essential Oil is actually the result of the Aquilaria tree's natural response to self-healing.

When the trunk or branches of Agarwood trees are punctured or damaged, parasitic molds will enter the wood naturally through the contact wound first through the bark and then into the heartwood.

When the fungus begins to cause problems inside the heartwood, the Agarwood tree will miraculously respond to the infection by creating an increasingly large stain containing the resin.

The black, slightly brown sapwood heartwood is then harvested and sold as wood chips (Agarwood) for burning. However, Agarwood essential oil is made from the white part of the heartwood. 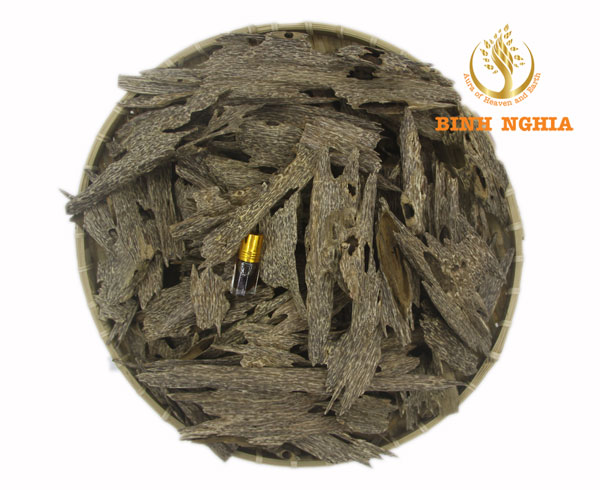 People in Asia and the Gulf have burned frankincense and used this oil for centuries. However, it is also used to do other things:

Agarwood is also used to make Ayurvedic medicine in India, Tibet, China, Malaysia and Vietnam. It is also known to be used as a cure and is currently being studied in anti-microbial compounds, as an antidepressant, as a cure for cancer and general health and well-being.

Most of the products of agarwood are sold in the Middle East, China, Taiwan and Japan. They are commonly used both in the home and for a number of traditional and religious ceremonies.

The warm, woody aroma of burnt agarwood and oil has a numbing beauty and it is also considered to have healing effects. 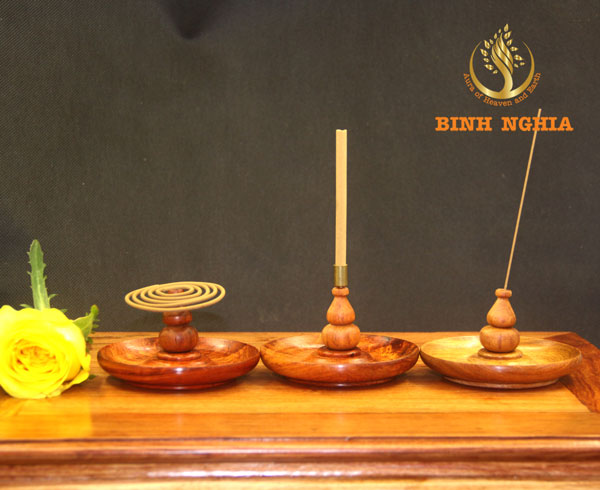 In the Middle East, natural healers use it for ritual healing. In Japan, burning incense is used in Shinto Buddhist temples. Pilgrims offer flowers and incense. In addition, there is a religious community in Vietnam in the Mekong Delta that often use Agarwood in their rituals.

In the last few years, major perfumers such as Dior, Tom Ford, Yves Saint Laurent, Estee Lauder, and others have started using frankincense essential oil in their main fragrances.

However, it is not possible to produce enough high quality, natural Agarwood Essential Oils to supply the modern mass market. To that end, a synthetic alternative is produced and sold as Frankincense Essential Oil, in perfumery and eau de toilette, and more.

They do not contain Agarwood extract at all and are inferior in every way.

There is a huge difference between wild agarwood and cultivated agarwood. The similar aroma of frankincense essential oil can be mimicked through chemical and profiling processes. However, making it is difficult and expensive.

This is because its wonderful aroma is obtained naturally thanks to a 15-carbon chain compound known as sesquiterpenes.

Inferior chemical substitutes are used to produce mass-market agarwood fragrances. They are not comparable to real essential oils. Even some of the lower quality oils used in branded fragrances have been cut with synthetic substitutes.